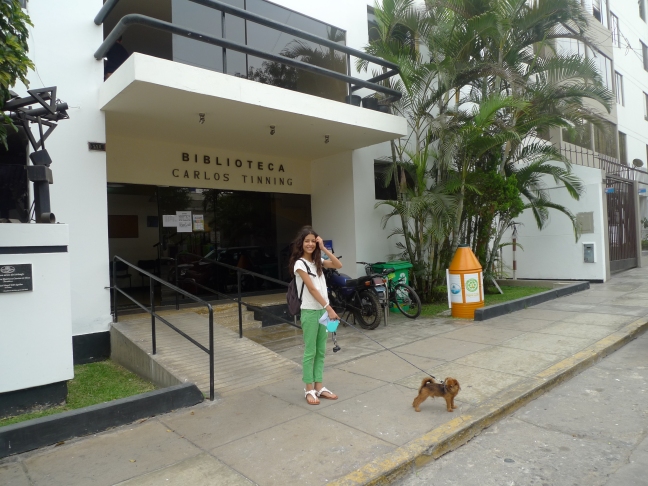 Happy new year everyone! As you may have noticed, I am in Peru. I’m staying in Magdalena del Mar, a really great area full of markets and restaurants and parks, and a five minute walk from the pacific ocean. 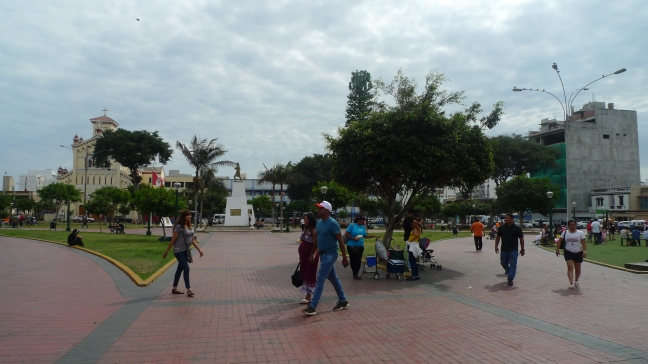 Today I gave out two Quechuan poems which I have translated into English using some Spanish translations I found in a book called Literature Quechua Classica, by Francisco Carrillo Espejo (EDITORIAL HORIZONTE, 1986). The translations were done by Edmundo Bendezú, and the book credits the original texts to Guamán Poma de Ayala.

The introduction suggests that Quechuan poetry was often connected with music, singing and dancing. It describes all the different types of Quechuan poetry, for example ‘Quilla Mama’ is probably a Wawaki – an offering to the moon – and ‘La Cancion de la Sombra’ could be a Huayñu – a poem that uses music and dance to interpret nature.

I handed out the poems outside Carlos Tinning Municipal Library. I haven’t actually been inside the library because it’s closed for the summer holidays and is instead running lots of workshops for children and adults.

I met Jaasiel, a twelve year old (nearly 13) girl who was walking her dog around the park next to the library. She said it was a “muy bien idea” (very good idea) to hand out poems, and that she writes poems too, mostly about nature. She stood with me while I gave out all the poems, and when I commented that not a single person had refused a poem, which was unusual based on my experience in England, she seemed shocked: why would someone say no to something that was free?

On my way back I met Flavio, who’s had his kiosk on Avenida Brazil for five years: ¿esta poesía? (is this poetry?). When I asked if he liked poetry he nodded and said cheekily: “puedo leer” (I can read).