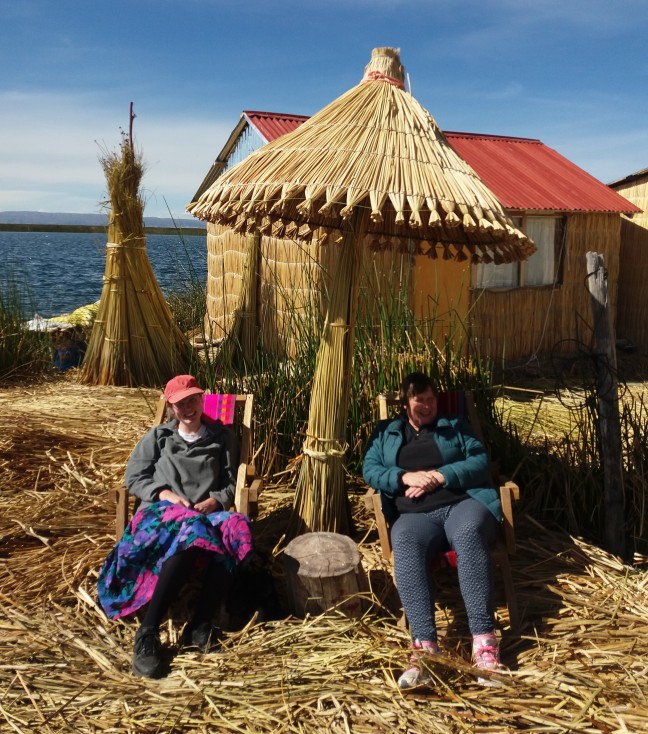 My mum came to Peru to visit me. When I told her we would be staying on the floating islands of Uros on Lake Titikaka in Puno, the first thing she asked was: “will we be able to watch the Champions League final there???”

The day we arrived, after we had been told about the history of these amazing islands and met the family we were staying with – who have lived and maintained their island with reeds and roots for generations – we asked for a lift back into Puno to watch the big English final. 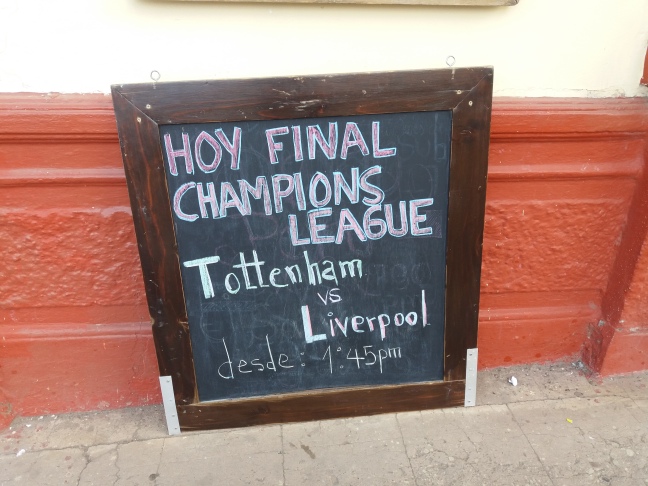 During half-time, I popped out to hand out the poem ‘Compañera’ by Carlos Oquendo de Amat, and my translation ‘Companion’. It comes from his book 5 Metros de Poemas (1927) – and it really is five metres of poems! Each page of the book folds out to make one long poem. I bought the book in Cusco for 20 soles (about 5 pounds) after being introduced to it by a good salesman who told me the price was offensive to Carlos, who was never appreciated in his own time, and died penniless in Puno.

I wandered out of the fancy, empty restaurant where we had found to watch the game, and was just about to ask tourist information if there was a library nearby when I saw the words ‘Casa de la Cultura’ on the high street, and a little library right under it. It was closed but it would do.

The people of Puno seemed very friendly, and lots of them stopped to ask me what I was doing. I met Olid who works in the National Archives of Puno: “con muchos documentos importantes” (with many important documents!). He said he he likes poetry: “¡es cultual!” and had heard of Carlos before.

I also met two friends Liliana and David, who tried to read the poem out in both English and Spanish but mainly just giggled a lot. They thanked me for: “la oportunidad” and ran off, still giggling.

when with you my desire is a child of milk

and I watered the rose of your hair around your shoulders